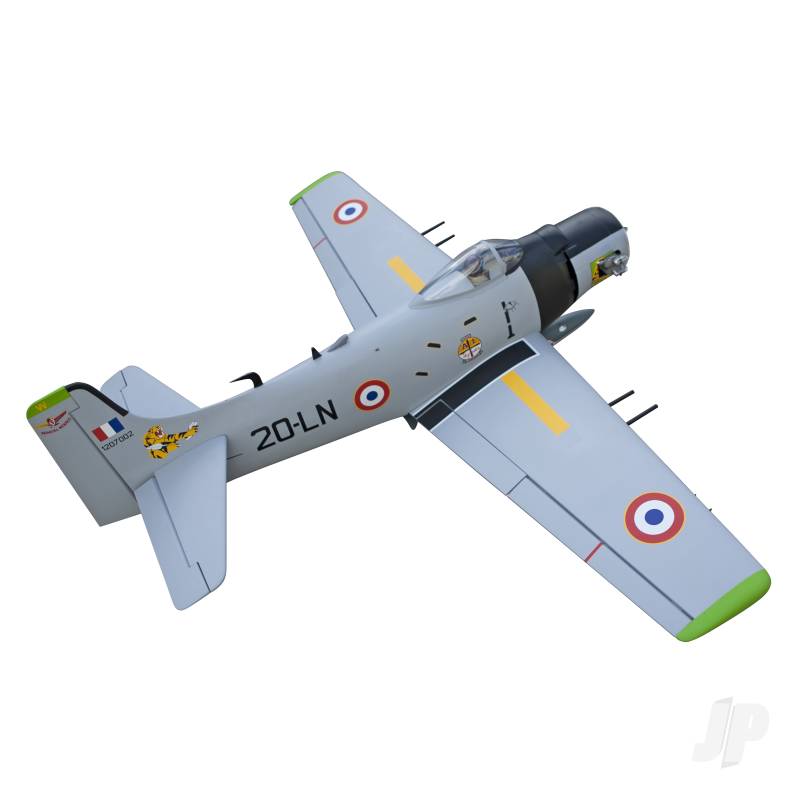 Seagull's characterful version of the robust and much loved Skyraider is a 63" span Sunday scale model with character by the bucketload. Fit a 10 - 15cc engine, 6-channel radio, and enjoy.

Seagulls passion to deliver aeroplanes that both excite and enthuse is exemplified in this traditional balsa and ply ARTF, inspired by the Douglas A-1 Skyraider single seat attack aircraft. Decorated in the colours of a French Air Force Skyraider based at Boufarik, Algeria, in July 1960, Seagulls model features pre-built and pre-covered fuselage, wing and tail assemblies, pre-installed hinges throughout, and a neatly painted glass fibre cowl, the whole designed to make light work of the basic assembly process. As with all Seagull kits this one comes beautifully wrapped in Oracover heat-shrink film sporting a realistic satin finish, appropriate decals and a host of desirable scale features, such as dummy radial engine detail, flaps, a pilot, and a full complement of bombs and missiles.

Being a scale model and a warbird itll come as no surprise that the Skyraider is not for beginners, however if youre a confident and competent intermediate or advanced pilot youll just love its flight stability and surprising aerobatic capability. Suitable for 10 - 15cc internal combustion engines - or equivalent electric power - and 5-channel radio (7 servos), the Seagull Skyraider builds into a shining example of the imposing full-size and, since you'll not have seen many of these at the flying field, has tremendous appeal.


Manuals and other supporting documents 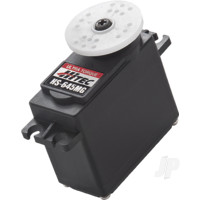 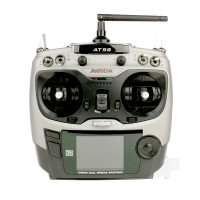