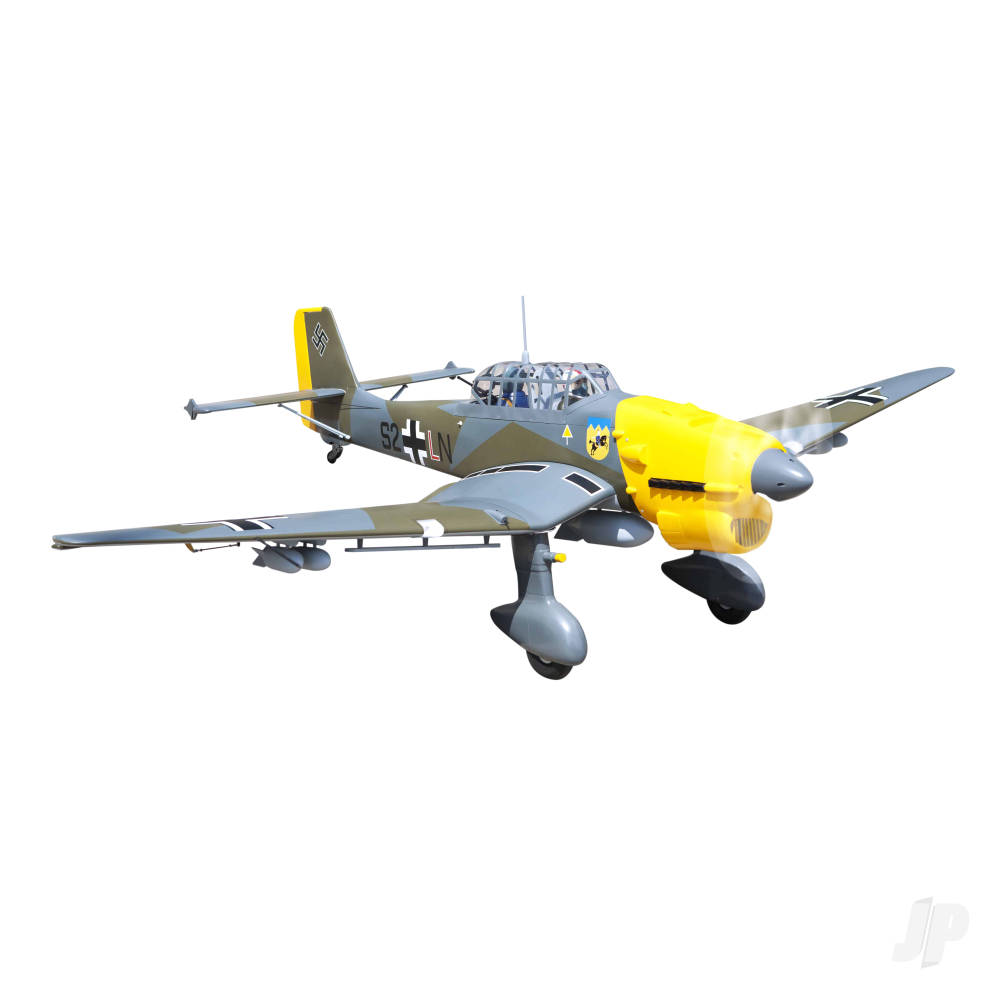 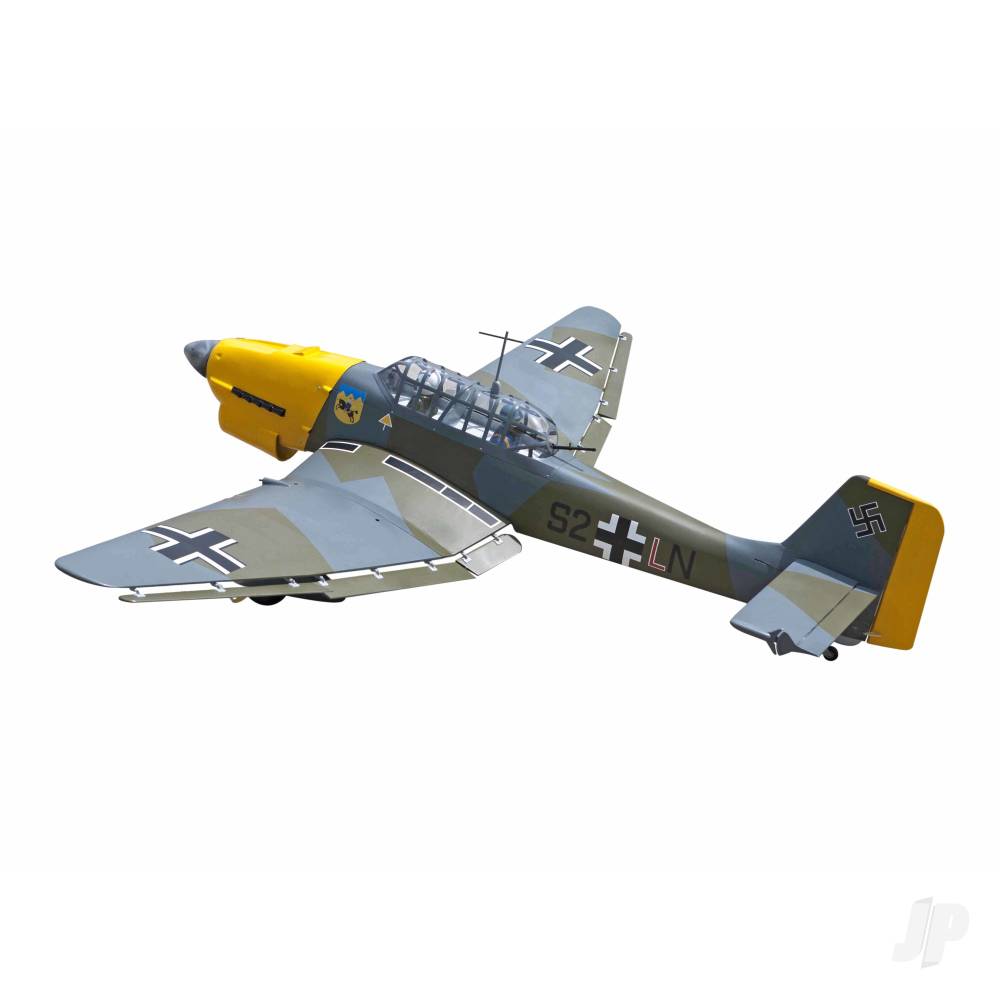 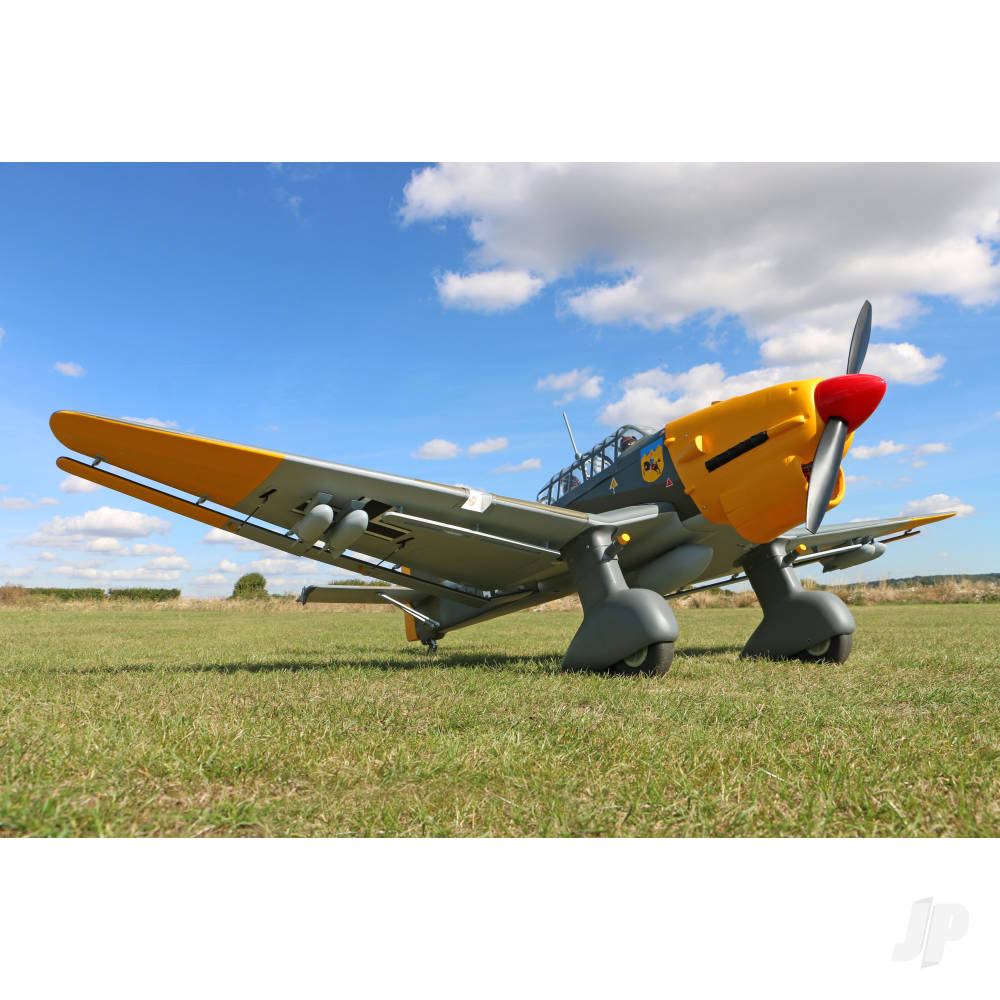 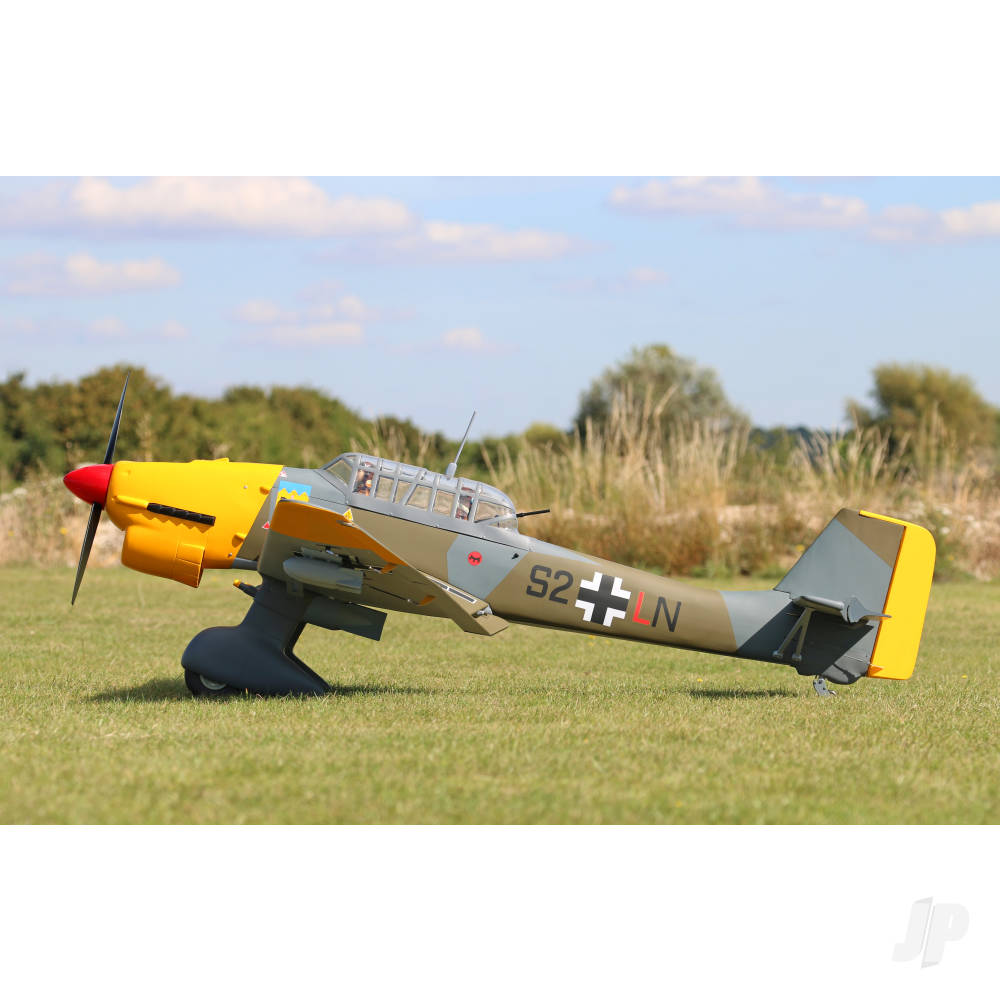 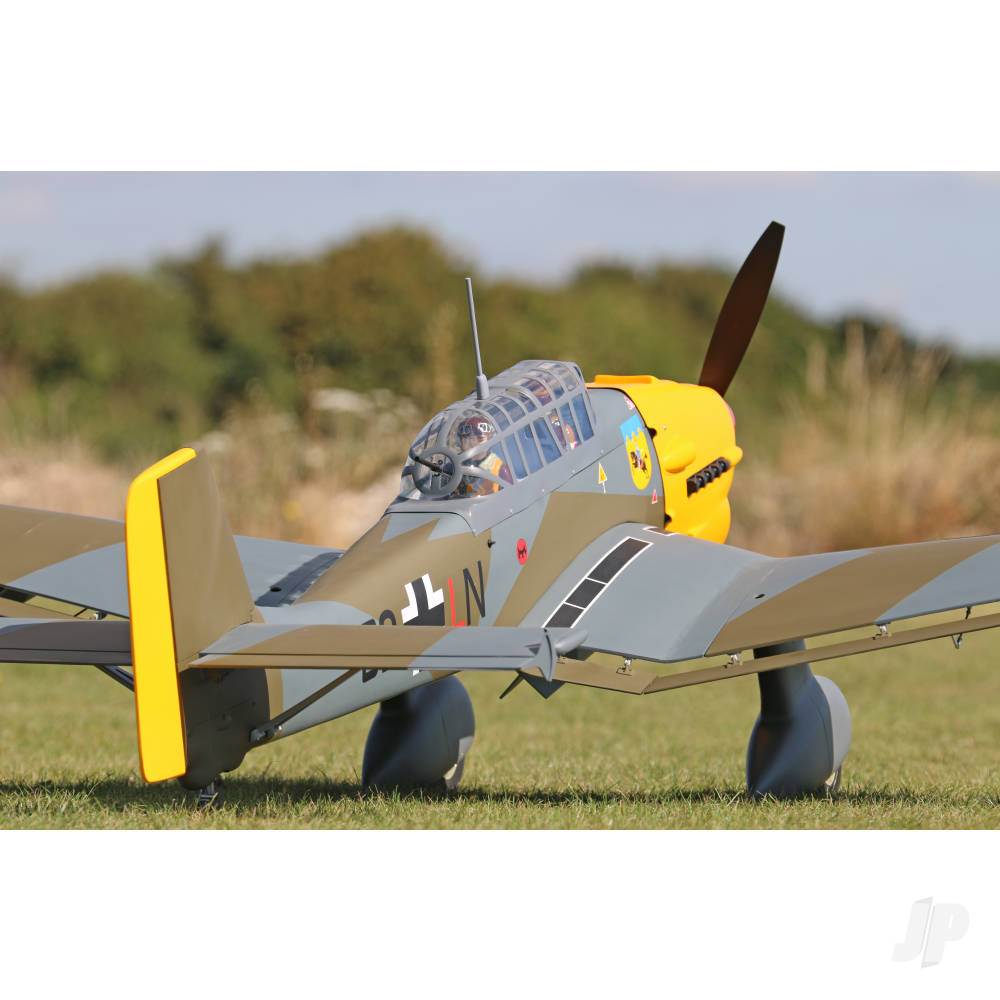 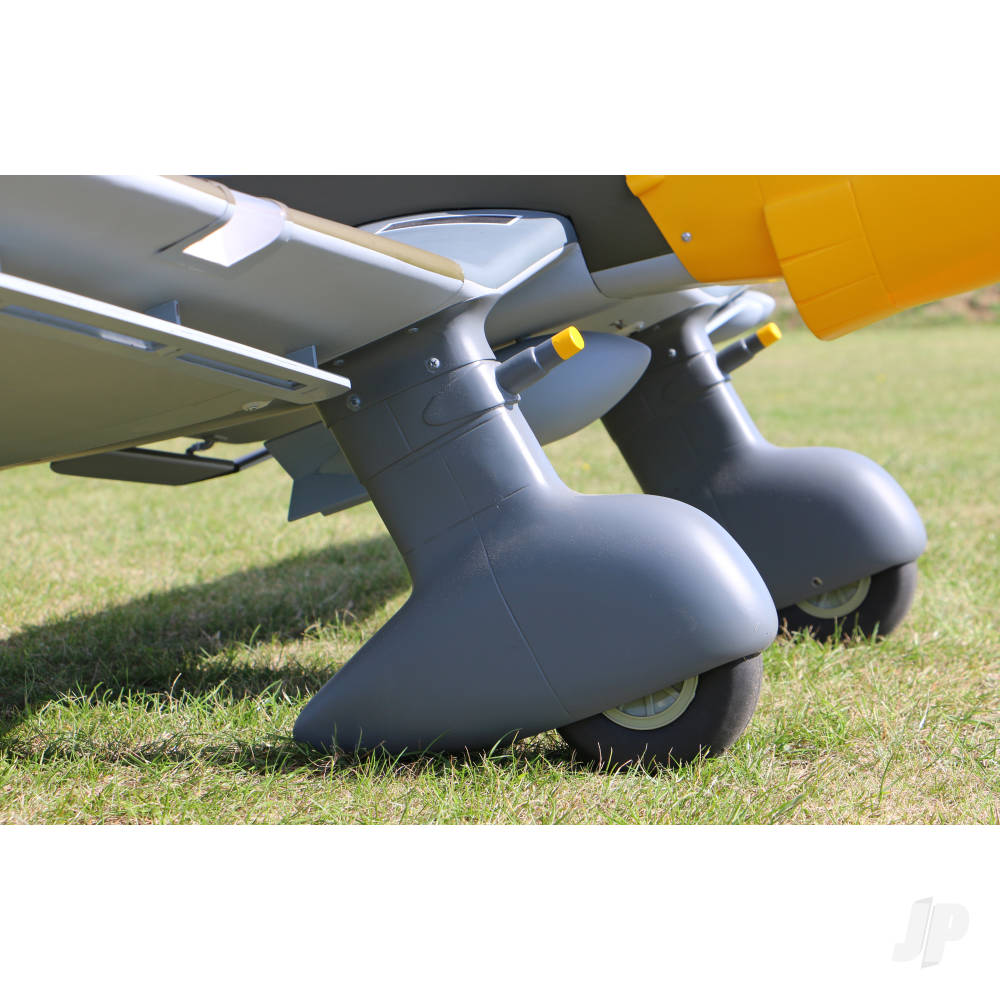 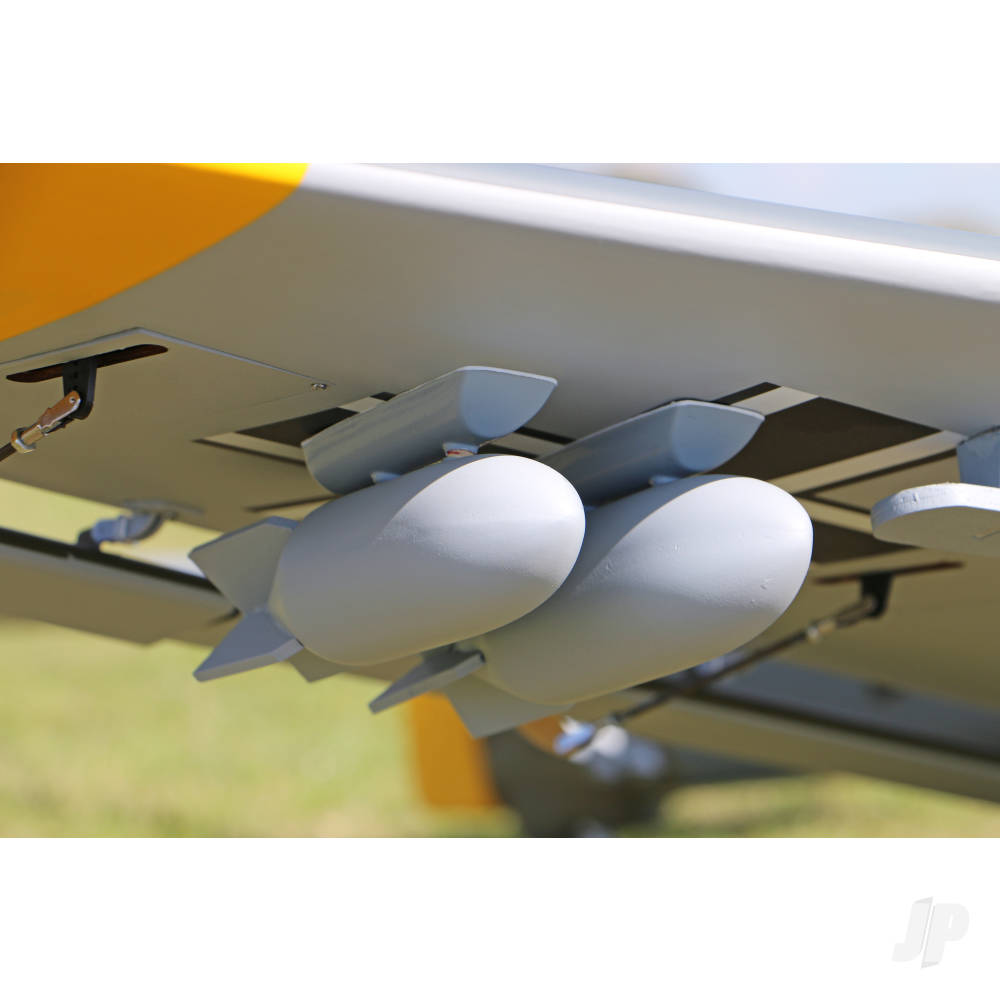 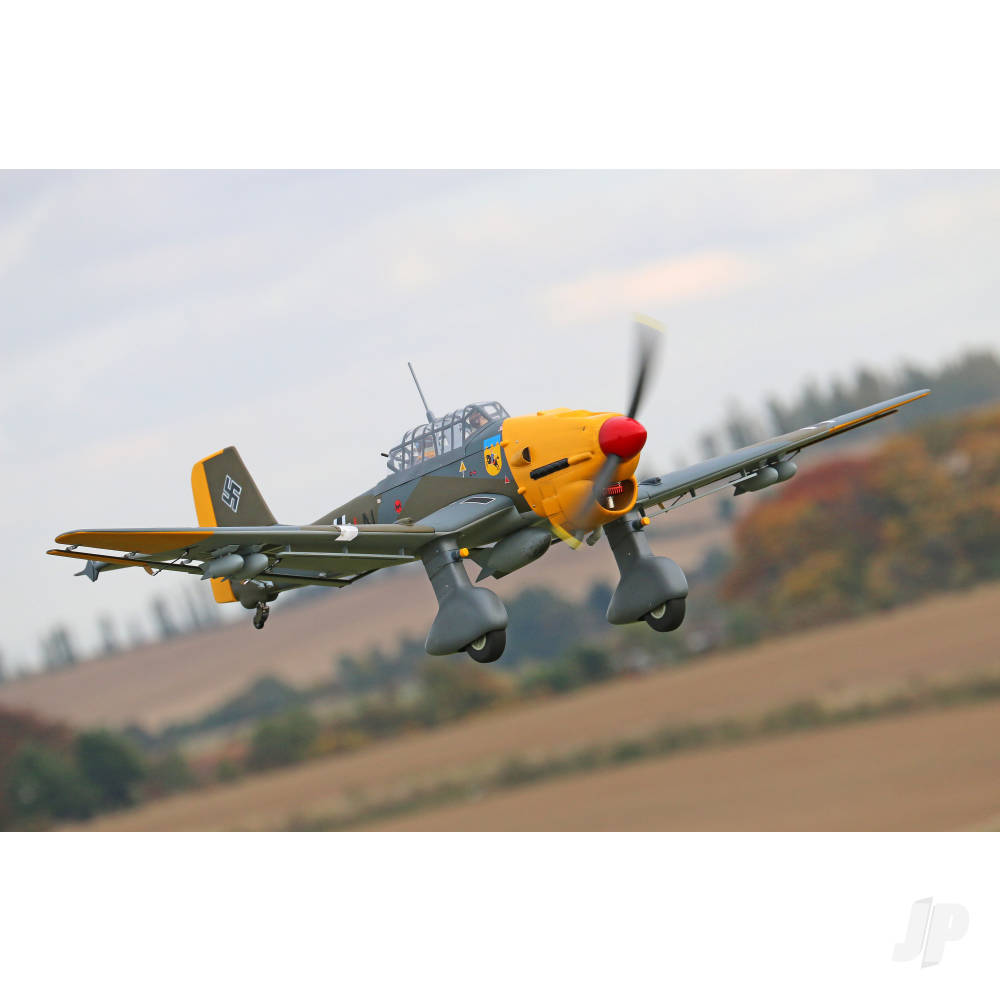 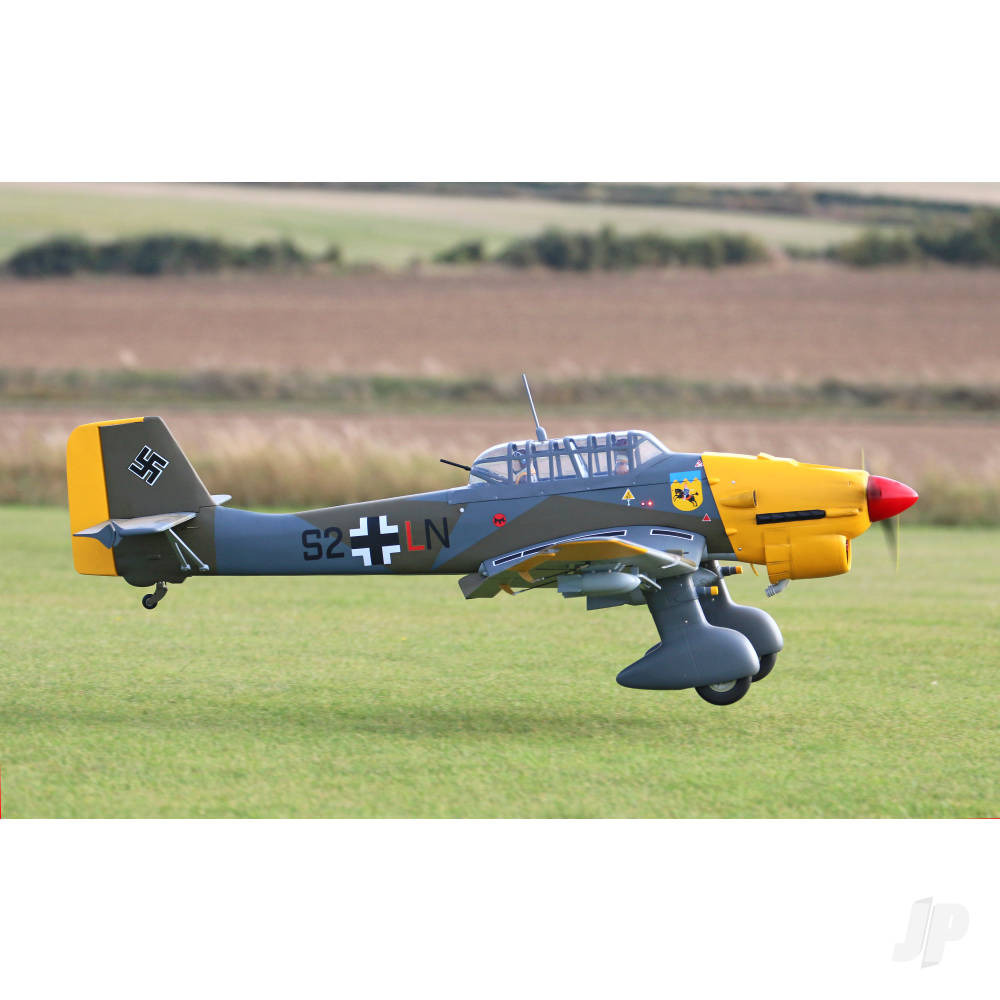 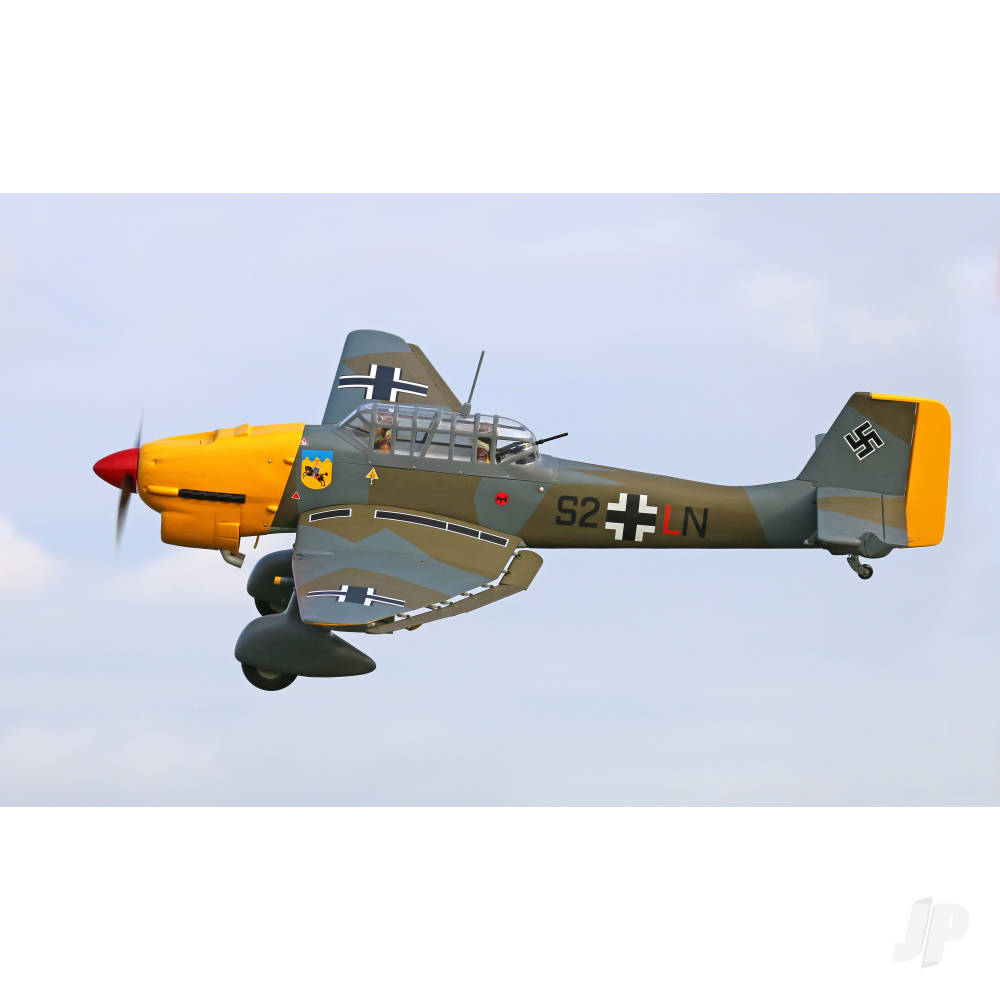 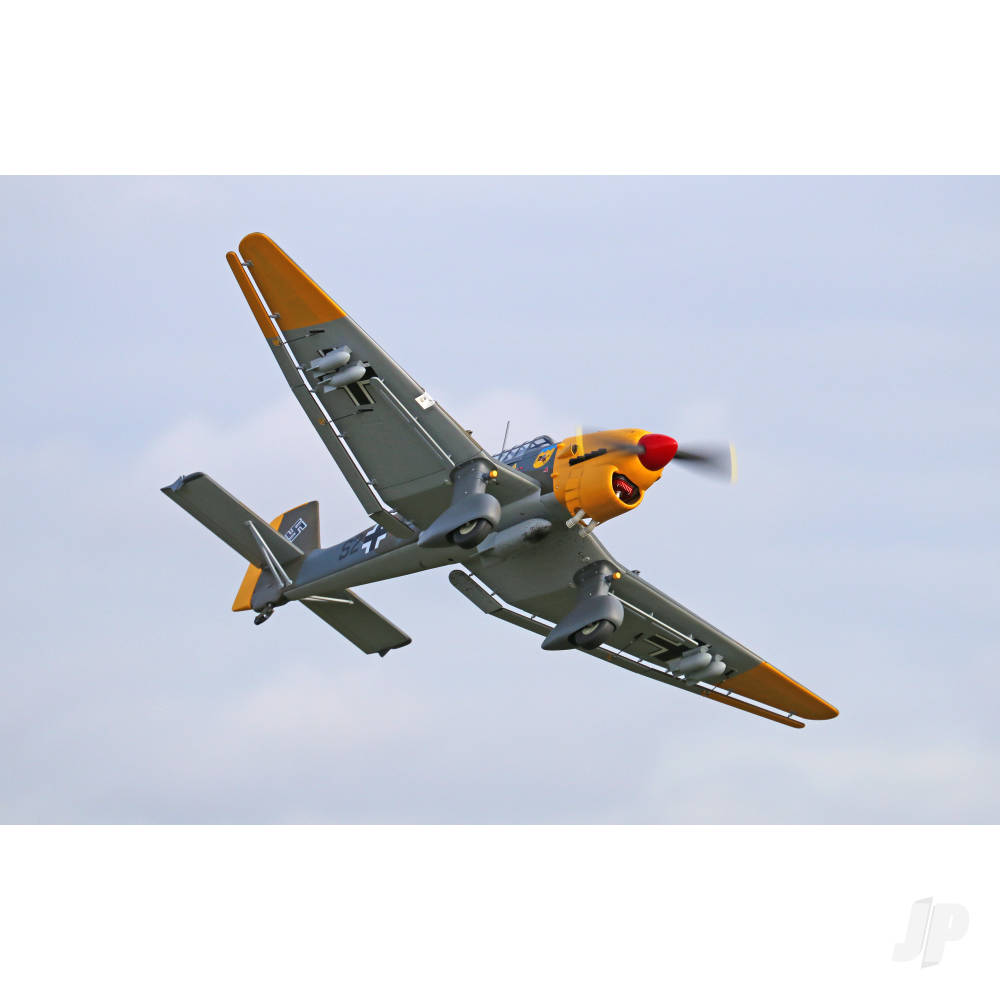 Stand alongside a full-size Ju-87 and its gull wing, bespatted, 45ft span gives it a massive, almost intimidating, presence. Mind you, its hardly surprising given its role, for this is the aeroplane that, fitted with a wailing siren to strike fear into those on the receiving end of its payload, spearheaded the blitzkrieg victories of 1939 - 1942 and was quickly turned into a propaganda symbol for Axis forces. The chink in the Stukas armour, of course, was highlighted during the Battle of Britain where, to operate successfully, it required significant fighter escort. Its a fact that was poignantly highlighted in the blockbuster movie Battle of Britain where a Spitfire pilot exclaims, whilst having an easy time shooting down the feared dive bomber: 'Its like shooting rats in a barrel.' In many other conflicts, however, the Stuka was massively successful playing a crucial part in the invasion of Poland, the Norwegian Campaign, the conquest of the Netherlands, Belgium and France and, post Battle of Britain, the Balkans Campaign and in the African and Mediterranean theaters.

At 90' wingspan Seagulls version of the formidable dive bomber carries its own share of presence not least because it has all the fussy telltale appendages of the type, i.e. dive brakes, semi-floating flaps and ailerons, those characteristic spats (complete with dive siren), tail bracing, balanced elevator detail, the glasshouse cockpit with rear machine gun, and many others. Wrapped in matt Oracover and suitable for 38 - 50cc engines, along with any 7-channel radio system (7 servos), the Ju-87 features an electric conversion pack, full hardware, plus beautifully produced and finished glass fibre parts, including spats and a crisply detailed cowl. Theres no two ways about it, this is a hugely desirable model that'll make a significant mark at the patch and reward your investment over and and over again.


Manuals and other supporting documents 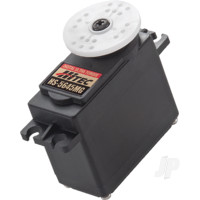 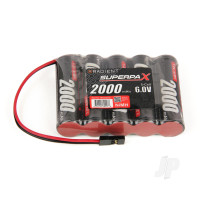 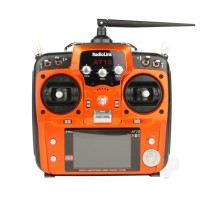